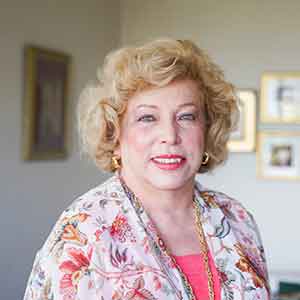 Malaria, caused by Plasmodium spp., remains as the most devastating parasitic disease affecting more than 225 million people worldwide. Nearly 1 million deaths are reported yearly, mostly children under the age of 5. Half of the world’s population is considered at risk of malaria. Despite of ongoing efforts to generate novel antimalarials, find alternate vector controlling strategies and develop of an effective vaccine, the emergence and rapid spread of multidrug resistant Plasmodium coupled to the insecticide-resistant Anopheles strains, has resulted in re-emergence of this disease. There are currently no new drugs available and resistance has been reported for all of the antimalarials currently in use. Our previous and current work focuses in understanding mechanisms of underlying the development of Plasmodium drug resistance. The long-term goal of our research is to fully understand oxidative stress coping mechanisms and the glutathione biosynthetic pathway in the rodent malaria model, P. berghei in order to identify potential targets and drug resistance mechanisms to control the spread of malaria.

Our research is focused on genes from the glutathione biosynthesis and recycling pathway and those encoding ABC transporter proteins. These genes were previously associated to antimalarial resistance. Our approach to study this phenomenon is a combination of molecular and cellular biology techniques using Plasmodium berghei, which is a powerful rodent model for in vivo analyses. Following disruption of the genes of interest, both individually and in combination (double knockouts), phenotypical analyses including parasite development within the vertebrate (mouse) and invertebrate (mosquito) hosts are performed. In addition, sensitivity profiles to various anti-malarial drugs are determined both in vitro and in vivo. These studies contribute to a more comprehensive understanding of the oxidative stress coping mechanisms mediated by GSH and the role of ABC transporter proteins in parasite development providing new avenues for the development of novel antimalarial intervention strategies.

Additional research interests include in vivo drug testing of antimalarial compounds as part of collaborative efforts.