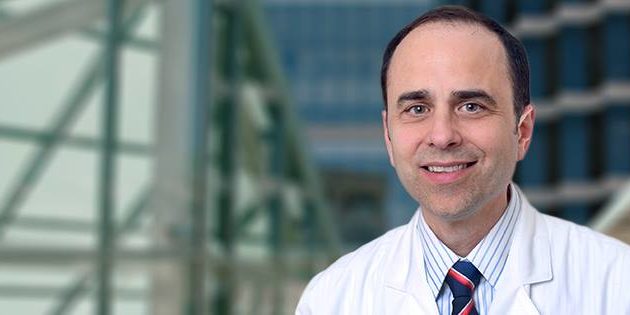 Congratulations to our alumni, Dr. Carlos E. Girod ’88 for this distintion!!

I am very pleased to announce that Dr. Carlos E. Girod, Professor of Internal Medicine, has been selected to receive the 2015 Patricia and William L. Watson, Jr., M.D. Award for Excellence in Clinical Medicine.

The Watson Award was established in 2009 through a generous gift from Dr. and Mrs. William Watson to create an annual opportunity for the UT Southwestern community to recognize a faculty physician who exemplifies excellence in clinical care.

In 1997, he joined the faculty of UT Southwestern and is the inaugural holder of the Ron Anderson, M.D. Professorship in Clinical Care and Education at Parkland Memorial Hospital. He cares for patients at both Parkland and the University Hospitals and Clinics.

Dr. Girod is highly regarded as an extraordinary clinician, with outstanding people and managerial skills, and unwavering loyalty to his patients. A consummate, caring physician, Dr. Girod has particular clinical interest and expertise in medical intensive care and pulmonary medicine. His research interests include lung diseases and the role of respiratory bronchiolitis and inhaled cigarette inorganic dust in the occurrence of chronic obstructive pulmonary disease (COPD), the fourth-leading cause of death in the U.S.

The son of a renowned cardiologist – who still maintains a practice and medical school faculty position in Puerto Rico after more than 50 years – Dr. Girod also is an exemplary educator. He has twice received the Internal Medicine Teaching Award at UT Southwestern, and in 2014 was elected to the Southwestern Academy of Teachers. He also was recognized by his peers, who voted to include him in the “Best Doctors in America” and the “Texas Super Doctors” listings.

The Watson Award will be presented to Dr. Girod in the fall, in conjunction with the Watson Lecture, which is given annually by a national health care leader. The date of the award event and the speaker will be announced later this summer.

Please join me in congratulating Dr. Girod on receiving one of the highest honors conferred at UT Southwestern. I also thank Dr. Willis Maddrey, who chaired the Watson Award Selection Committee, as well as the other faculty members who served on the committee and considered the many deserving candidates identified by colleagues across the institution.