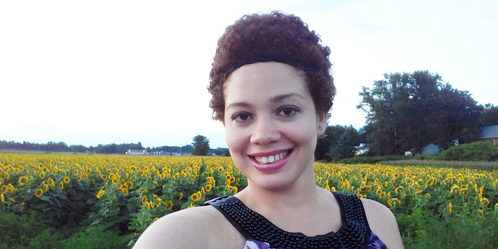 Lizbeth Del Toro-Mejias, a doctoral student in the Community Health Education program, has received a two year, $40,504 award from the National Institute on Drug Abuse of the National Institutes of Health (award Number R01DA037117) under the Research Supplements to Promote Diversity in Health-Related Research Program. The supplemental award is provided for Del Toro-Mejias to participate in data collection as part of a larger NIH grant titled “Injection Risk Networks in Rural Puerto Rico” being conducted by researchers at the University of Nebraska-Lincoln, John Jay College CUNY, and the Medical School of the University of Puerto Rico.

The most recent HIV surveillance data from the Centers for Disease Control indicates that Puerto Rico hosts one of the highest incidences of HIV infection in the United States. However, in Puerto Rico, rural rather than urban communities, contribute disproportionately to the overall HIV rate. Further, over 20 percent of new diagnoses in Puerto Rico listed injection drug use as their cause, compared to 8.3 percent in the continental U.S. These discrepancies point to a very different epidemic than that encountered on the U.S. mainland, where HIV infection remains largely an urban problem.

The project will investigate the social network contexts of HIV and HCV infection in four rural communities in Puerto Rico, collecting data that will allow the researchers to model the spread of both viruses throughout the territory. In the process, the researchers will document HIV and HCV prevalence and incidence for injecting drug users in the region, and develop a framework for interventions aimed at these unique problems.

Del Toro-Mejias estimates that she will spend at least 6-7 months in Puerto Rico collecting data for the project, including micro-ethnographic assays, computer assisted personal interviews, and HIV/Hepatitis C rapid tests.

“Since moving from Puerto Rico to Massachusetts almost two years ago, to start my doctoral degree, I envisioned bringing the knowledge and skills that I would gain in Massachusetts back to my Puerto Rican community,” says Del Toro-Mejias. “With this grant, I will not only be able to be back ‘home’ to collect data and perform research, I will also be able to contribute to the reduction of new HIV and HCV infections among IV drug users in the Puerto Rican community, which at large, would positively affect the entire Puerto Rican population.”

In addition to her data collection responsibilities, Del Toro-Mejias will be expected to learn social network analysis and model development using project data, including utilizing the MABUSE simulation platform to accommodate the geo-spatial nature of the data collected across four communities; participate in analytic meetings with the project PI, Dr. Kirk Dombrowski of the University of Nebraska, and with Dr. Aline Gubrium, her PhD advisor and co-mentor on the project; prepare two papers for publication; and present two paper presentations during Year 2, one at the American Public Health Association Annual Meeting and a second at the annual Conference on Retroviruses and Opportunistic Infections (CROI).

“Having the opportunity to focus on doing research for 2 years with this supplement gives me the motivation to work hard to earn my doctoral degree,” says Del Toro-Mejias. “Moreover, receiving this minority supplement has made me extra proud of my culture and roots. I am so excited to be a part of a research project in Puerto Rico with aims to promote a better quality of life and justice.”