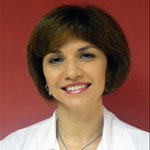 Dr. María J. Marcos-Martínez obtained her medical degree from the University of Navarra in Pamplona, Spain. She completed a combined residency in Anatomic and Clinical Pathology at the University of Puerto Rico affiliated hospitals.

Dr. Marcos is a Diplomate of the American Board of Pathology, certified in Anatomic Pathology and recertified in 2014. She is Fellow of the College of American Pathologists (CAP) and the American Society for Clinical Pathology (ASCP), member of several committees: Advisory Committee of the Cytotechnology Program of the University of Puerto Rico College of Health Professions, PRMC Medical Faculty Executive Board, PRMC Advisory Committee for Tissue and Organ Donation, Advisory Committee of Puerto Rico Central Cancer Registry at Comprehensive Cancer Center-UPR and the Advisory Board of LifeLink of Puerto Rico. Her duties also include the Treatment planning conferences of Gynecology-oncology and OTO-HNS at the University of Puerto Rico affiliated institutions, core faculty at the Pathology Residency program in surgical, cytopathology and autopsy services as well as coordination of the Reproductive System Pathology course for the second year medical students.

Dr. Marcos maintains active collaboration in IRB-approved research projects; she has received several awards for her scientific presentations and has published abstracts and articles in peer-reviewed journals.  She has also been honored with the tribute for her outstanding performance in the Transplant Program, by her assistance in successful organ procurement. Her interest areas include gynecologic and head-neck pathology, cytopathology, organ donation and laboratory administration. 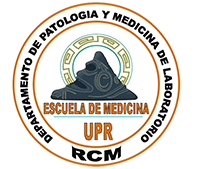