Patients with post-traumatic stress disorder (PTSD) and obsessive compulsive disorder (OCD) exhibit excessive fear and persistent avoidance of cues associated with a traumatic event. Excessive avoidance prevents a person from facing their fears, thereby reducing the opportunities for extinction.  Whereas rodent studies have revealed much about circuits involved in conditioned fear, much less is known about the neural circuits mediating avoidance of fear-associated cues.  In collaboration with researchers in the NIMH Conte Center on OCD , we are exploring the relationship between avoidance circuits and OCD.

and part of Study and Treatment Center for Anxiety and Fear 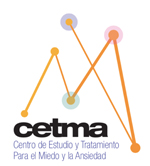